A Night of Drag Racing

A couple of my husband’s friends wanted to have a drag race to see whose car was faster. A local track, Kansas City International Raceway, has a night where anyone can bring their cars out to race. After a few reschedules, a grudge match was finally on.

A red 1967 RS
Camaro convertible with a Muncie 4-speed transmission and 327 small block built by D. It was dyno tested at 400hp. 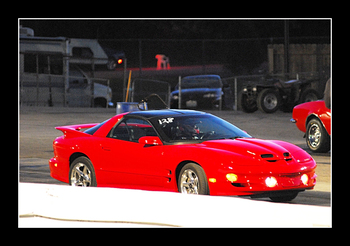 Discussing the results between races: 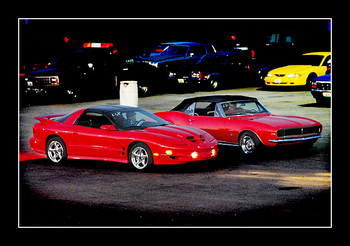 Lined up for the second showdown: Unfortunately it was too dark for me to get any photos of them going down the drag strip. They ended up racing 2 times while I was watching and at least once after I left. The 2000 TransAm was the hands down winner.