I need to catch up on sharing a few sessions, but first I want to share these photos.

Two weekends ago, while my husband was in Montana to attend his cousin's funeral, my daughters and I were at home trying not to float away in all of the rain we had been having that week. Finally, on Saturday, the rain stopped and later that evening, several hours after the rain had stopped, I heard my daughters exclaiming, "Awesome!" and "Wow!" and "Is there really gold out there?". I looked out the windows to see what they were so animated about and was so surprised to see a double rainbow while the sun was setting. I grabbed my camera and my daughters ran to the end of the back yard in hopes of finding gold. 🙂 While they were disappointed about not finding leprechauns and pots of gold, I was excited about the full double rainbow and finally being lucky enough to capture one with my camera. That it happened on the day that my husband's family was celebrating his cousin's life and during a week that my grandma, who had passed away this spring, had been on my mind a lot made them all the more special. 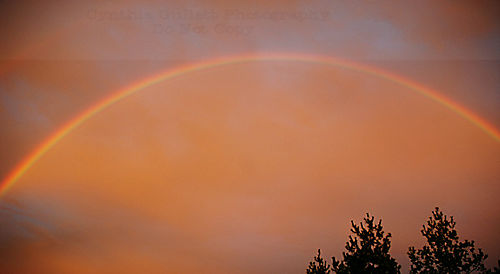 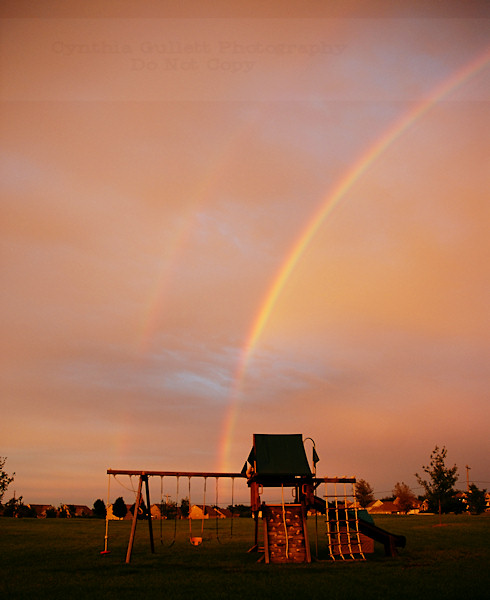