Miss M still has a hard time understanding the differences between states, countries, continents, etc. So the other day, as we were driving to Miss G's basketball game, we were going over the differences again.

My husband: We live in in the state of Missouri. That is in the country of the United States of America, which is part of the continent of North America. And we all live on planet Earth.

Not missing a beat, Miss M replied: And aliens live on Mars!

A week later and I still get a smile thinking about her enthusiastic reply.

And just because I don't want to post without a photo, here is a photo from her birthday party last weekend. 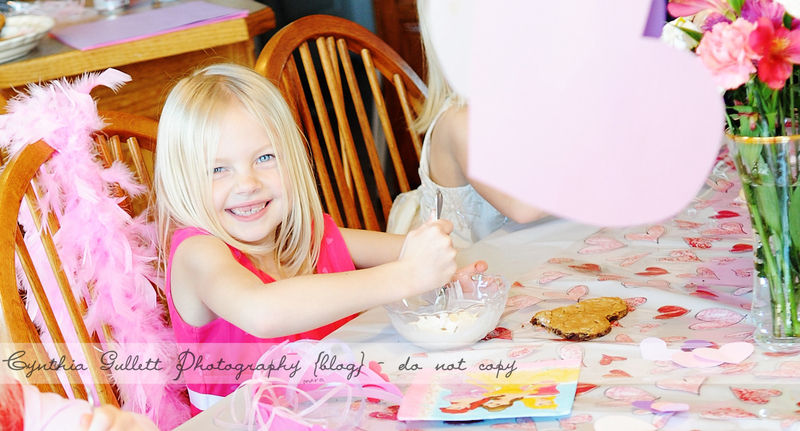